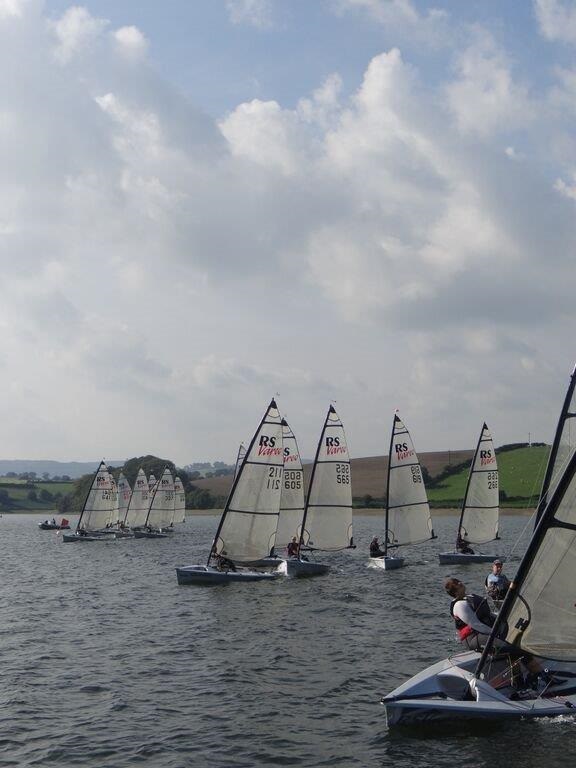 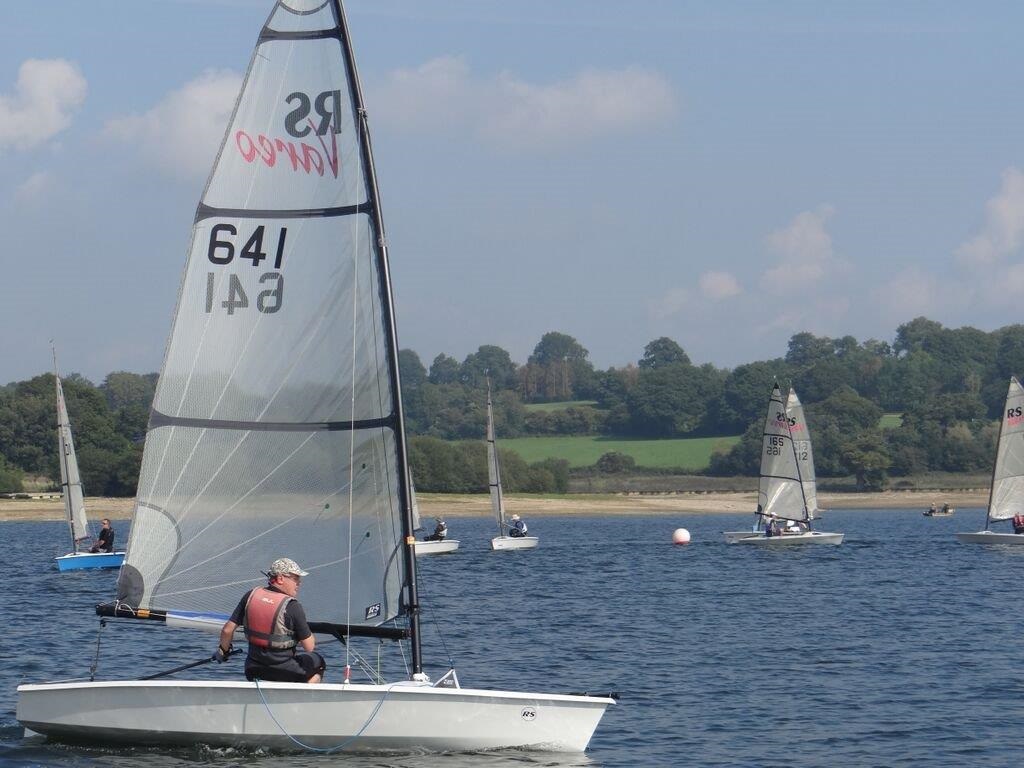 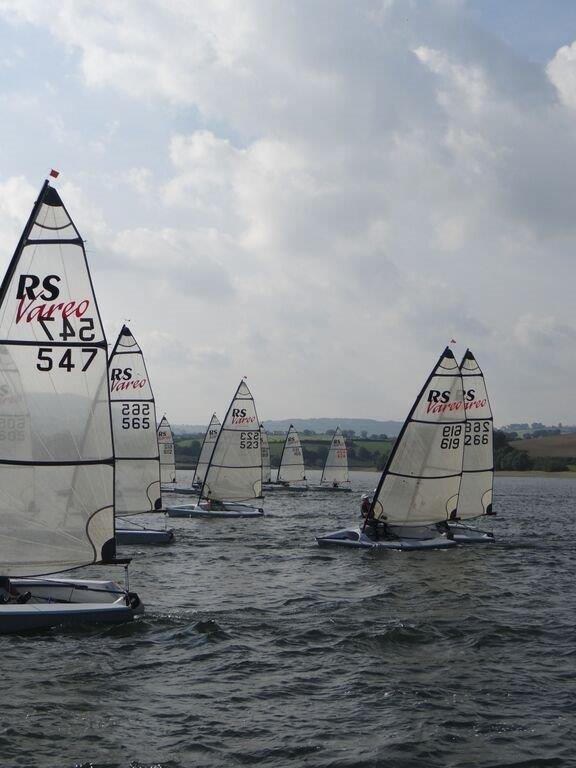 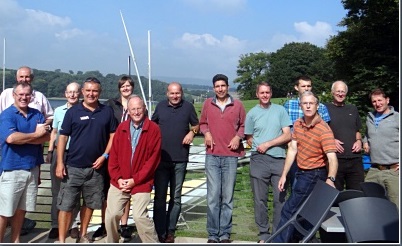 Photographs thanks to Llandegfedd Sailing Club.

Saturday started with little wind and a mirror on the lake. The Race Officers were confident of a breeze, and so it arrived, and all 18 boats lined up for the start at 1300hrs.

Race 1: a good start for everyone, with Alex Howard and Nick Crickmore leading around the windward mark, followed by Jeremy Symons and Andy Howard.   Symons sank low with the spinnaker on the run, a feat he repeated time and time again through the weekend, to lead, a position he would not give up. So, first Symons, second Andy Howard and third Crickmore. Alex Howard peaked too early, and was thereafter left in the middle of the pack all weekend.

Race 2: a breakaway group developed, leaving the peloton behind, Gareth Edwards leading, chased by Andy Howard and Kevin Weatherfield.   Approaching the committee boat at 33 minutes into the race, there were appeals to shorten the course to lock the win in place for Edwards, but the race team folded their arms and looked away. Up the final beat, the wind was stronger on the east, where Weatherfield was taking a flyer, whilst Edwards found his own quiet hole with no wind, and the final position was the reverse of the previous lap, Weatherfield by a nose, after a hard fought tussle for the line, Howard, then Edwards.

The third race saw a more balanced start, and Symons headed to the windward mark with some good boat speed. Again, choosing a shorter route to the leeward mark paid dividends, and whilst chased by Howard around the course, he managed to pull away to take a comfortable win in the end. Crickmore battled with Howard to nip it on the line, with John Regan taking fourth.

Sunday, and fog: if there was a breeze, you couldn’t see it! By 1100hrs the sun shone through and the wind filled in to provide a perfect breeze for the races. Once again, a full complement of competitors took to the line, with no retirees from the previous day.

Race 4 saw a hard battle to windward marks and Bill Jackson, Crickmore and Edwards round in front of Symons and heading towards the bank on a gust and starboard tack. Symons, in fourth, immediately gybed at the mark and headed back into the lake on port, finding good pressure, and headed off to the leeward mark. Out in front, and with clean wind, he was not going to lose first, albeit some good chasing by Jackson and Crickmore, with Jackson taking a great second.

Race 5 saw Symons round the windward mark in first position, just followed by Jackson, Crickmore and Weatherfield. Downwind speed saw Symons stay in front as the others battled to the finish in a Crickmore, Jackson, Weatherfield line-up.

The final race, and very competitive tacking to the mark, and with good speed being shown by Crickmore, Jackson, Howard and Edwards, they were the first around the mark, with Crickmore leading to the leeward mark, with Edwards second and Howard third. Symons, chasing through the fleet in fourth at leeward mark, made some good tactical moves to get on the tail of Crickmore as Edwards found himself in irons on the tack. A frantic tacking battle ensued as Crickmore was determined to keep Symons at bay in at least one race. A whole lap passed before Symons was able to get close enough to Crickmore to break the cover and, in slightly lighter winds, to sneak past. He continued forward another lap to take a fifth win in the six-race event.

Overall, a good competition, well run, with good winds and an encouraging turnout for RS Vareos at the location which will host the nationals next year. The boys commented that polishing the boat may have paid dividends (as Symons was seen to be doing on Saturday morning) and the only capsize of the weekend was the winner himself, who tumbled out of the boat in race two, having missed a toestrap grab on a roll tack. In reality savvy tactics and slick boat handling are probably the reasons why Jeremy Symons was consistently quicker than everyone else in the prevailing winds, both upwind and downwind, and he is a deserved winner of the 2015 Gul RS Vareo Inlands.

So let’s hope this starts a resurgence of the RS Vareo fleet and next year’s events become better attended and a good group of guys (and girls) enjoy the camaraderie and spirit the fleet deserves.

Well done to everyone.

This event coverage is up on Yachts and Yachting here.