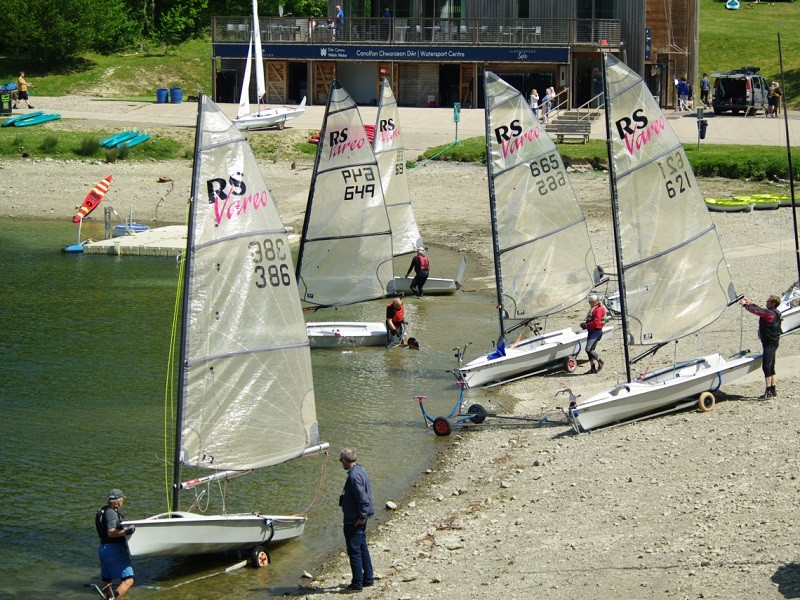 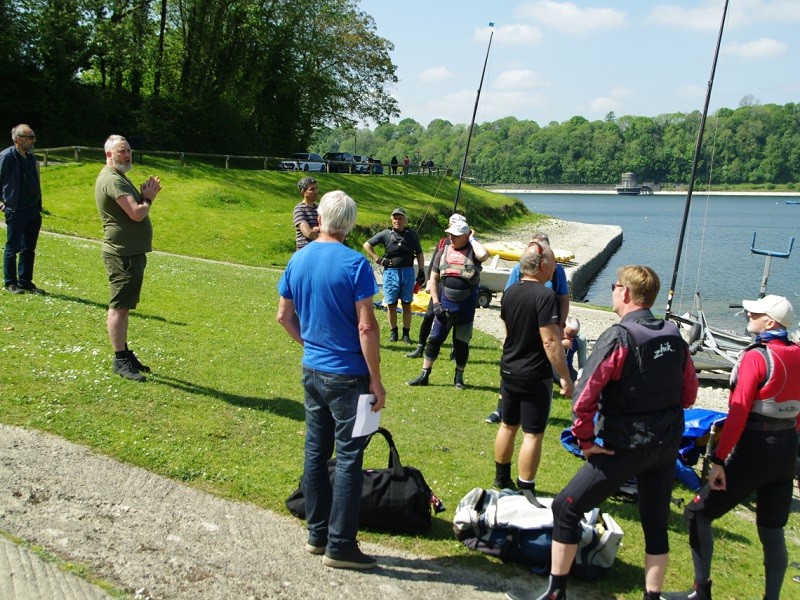 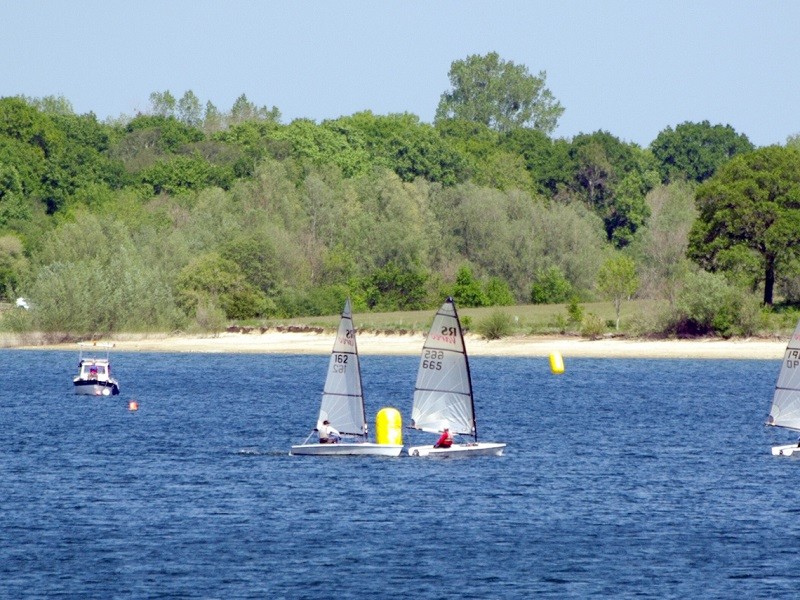 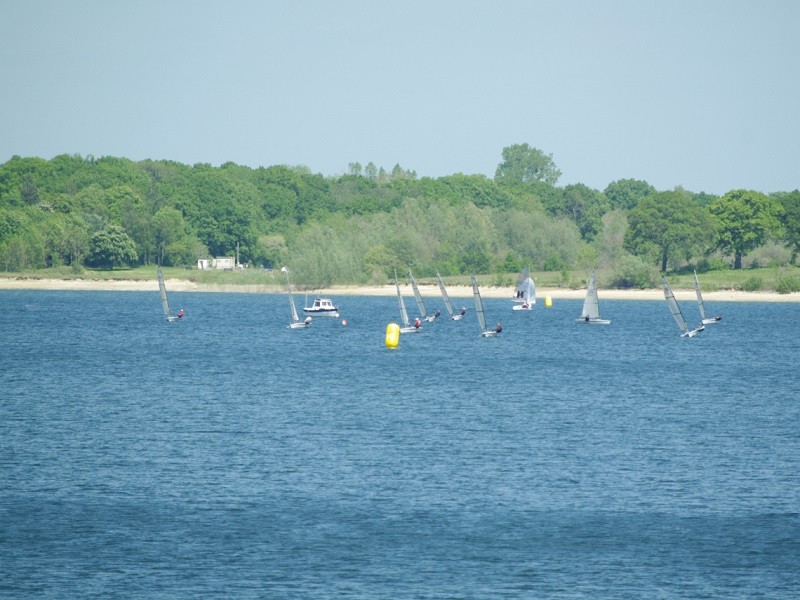 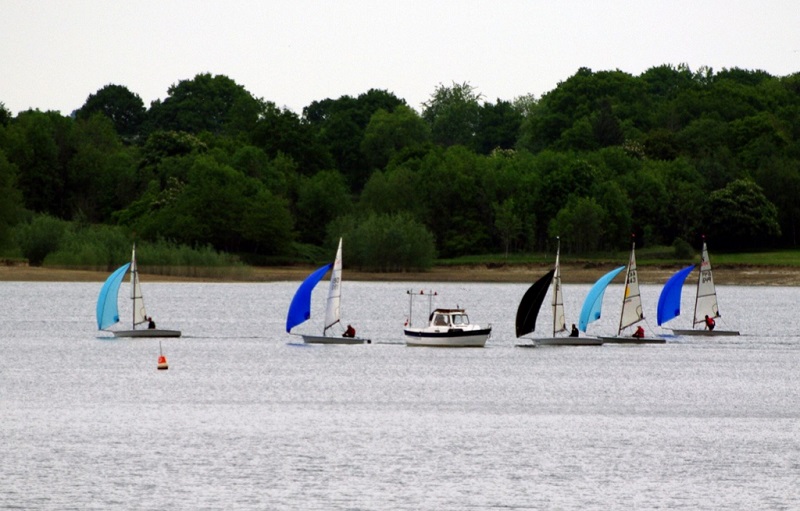 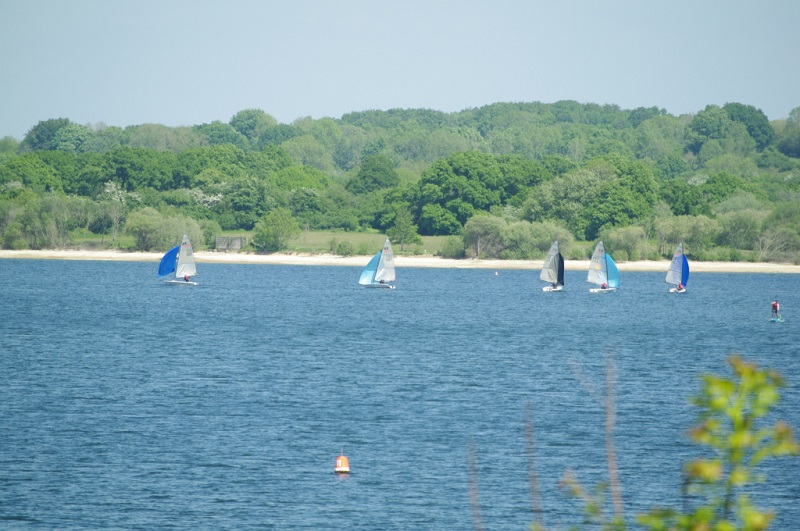 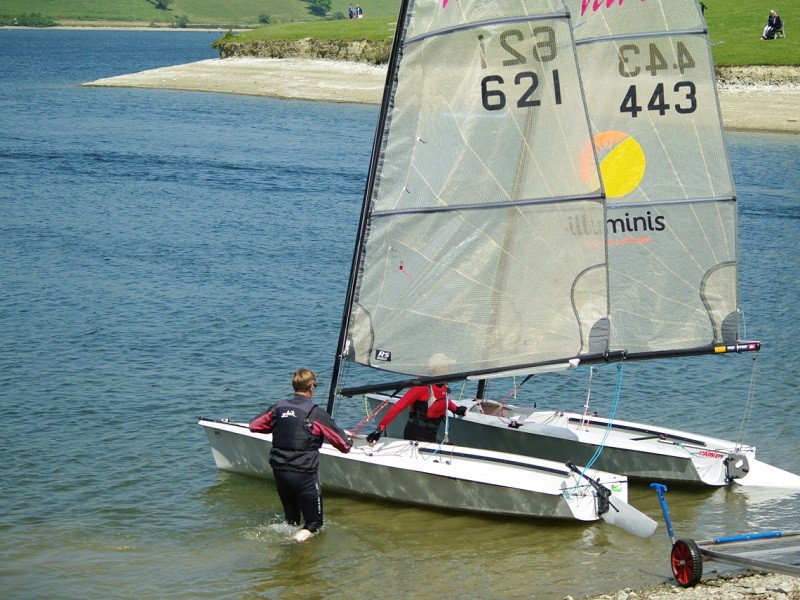 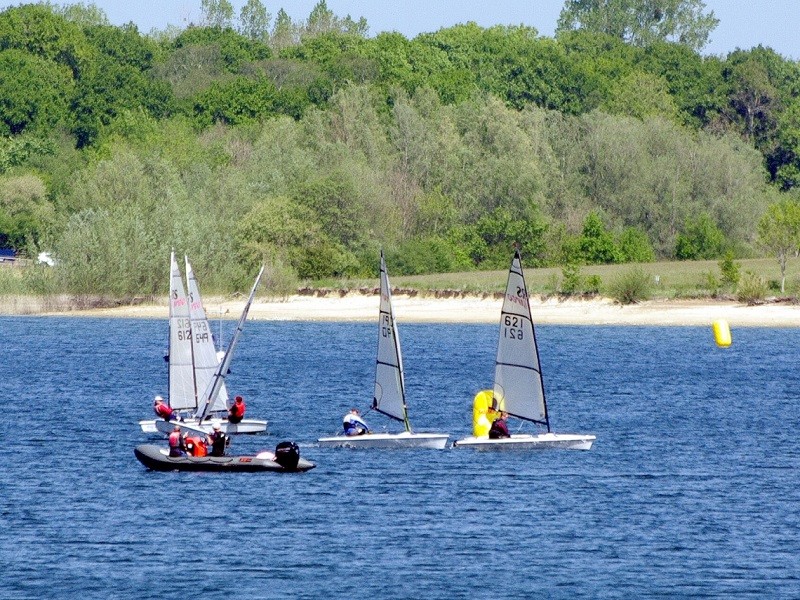 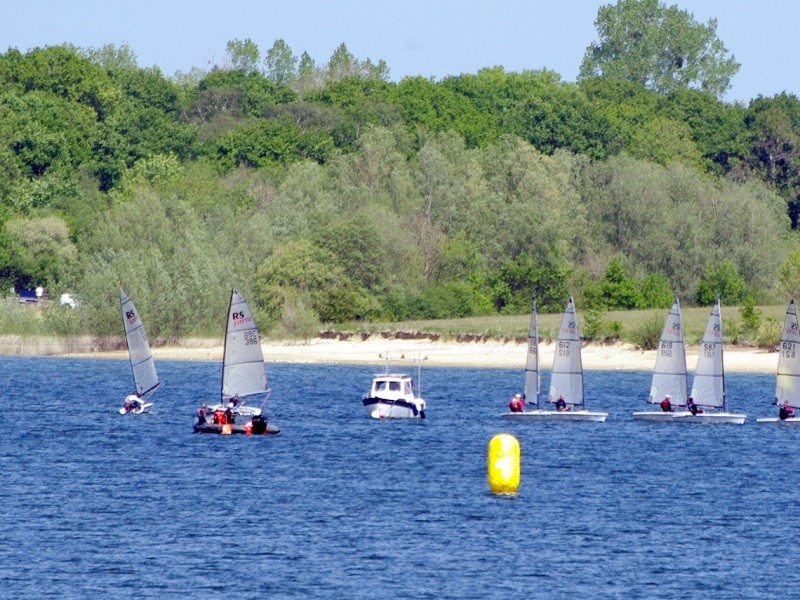 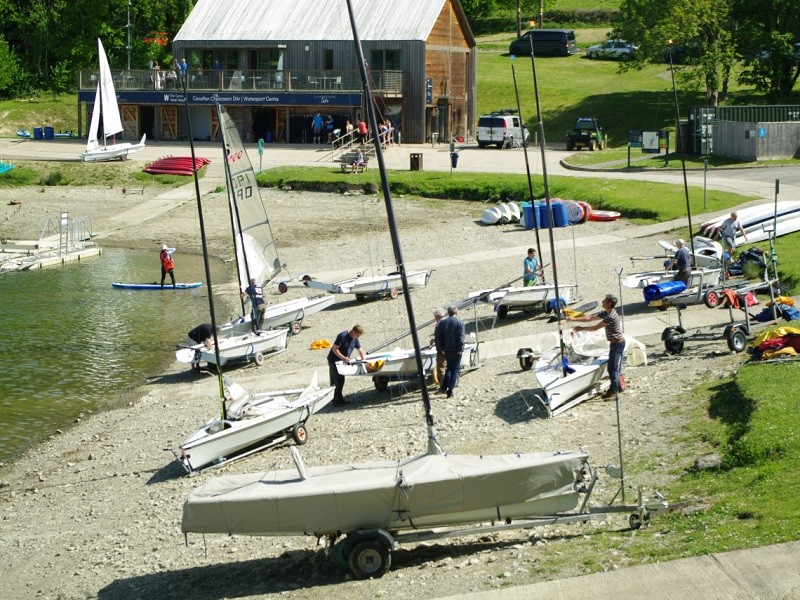 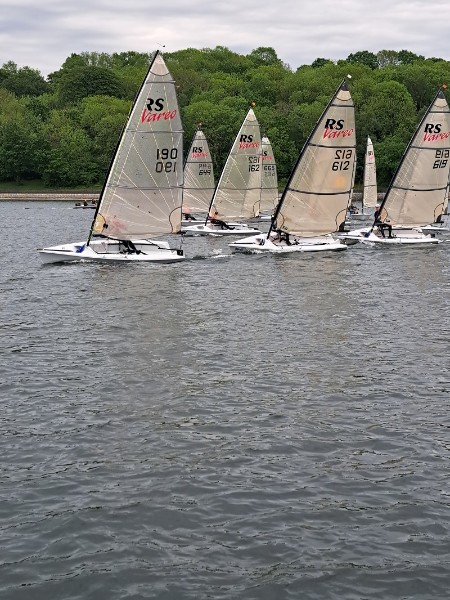 Llandegfedd Open - a welcome in the hillsides, RS Vareo Rooster National Tour 14-15 May 2022

The forecast was for warm dry weather but little wind so it was a pleasant surprise for the breeze to kick in nicely for both the Saturday afternoon and Sunday sessions.

The first race saw Rooster National Tour leader Luke Fisher have a closely fought battle with long term rival Nick Crickmore and local stars Jeremy Symons and Nigel Tinkler all the way round, each taking a turn at the front with Luke eventually taking the win from Nick, followed by Jeremy then Nigel.

In race two despite his between race protestations of being spent Jeremy found another gear to win and Nick caught a crab allowing Paul North to get into the top four.

There was some on shore discussion about minor differences between the boats constructed over the years, one individual being quite fixated on pole length foil construction and mast configuration but on the water it was interesting to see the four leading boats sporting the full build component range as supplied by RS all competing on level terms overall.

Onshore the catering team put on a nice spread of tea and cakes which the fleet eagerly consumed during the post-race discussions.

On Sunday morning the predicted Easterly didn’t turn up until midway through the racing.  Jeremy came out of the blocks fast to win race four in a decent Northerly but Luke recovered to win race five as the wind became very fluky.  Approaching the final windward mark in almost a dead calm, the front four were suddenly caught up by the rest of the fleet being pushed by a gust from behind and leading for calls for water for five boats at the mark!  Nick was second in both races so it was all to play for in the final race.  Chris Abbott put in an improved performance in the lighter airs leading for some way in race five and securing two 4th places and, along with Paul and Nigel, had a great race for 3rd in mid-fleet.

Following a short break to reset the course at 90 degrees to the original, at the start of race six Nick spotted the one patch of wind that Jeremy along with the rest of the fleet didn't and pulled off a port flyer from the pin leaving the whole fleet floundering in a hole at the committee boat end.  Jeremy was the only one to break free from the pack, but Nick kept him at bay by keeping loose cover both up and down wind to secure the most comfortable win of the event.  Jeremy's second secured overall victory by one point, and Luke took second, with Nick just another point behind.

There were prizes for the first six including Nigel in 4th, Chris in 5th, and Paul in 6th, due to the generosity of both the club and RS Vareo National Tour sponsors Rooster.